In the Making: Foretelling Vase

In the Making: Foretelling Vase 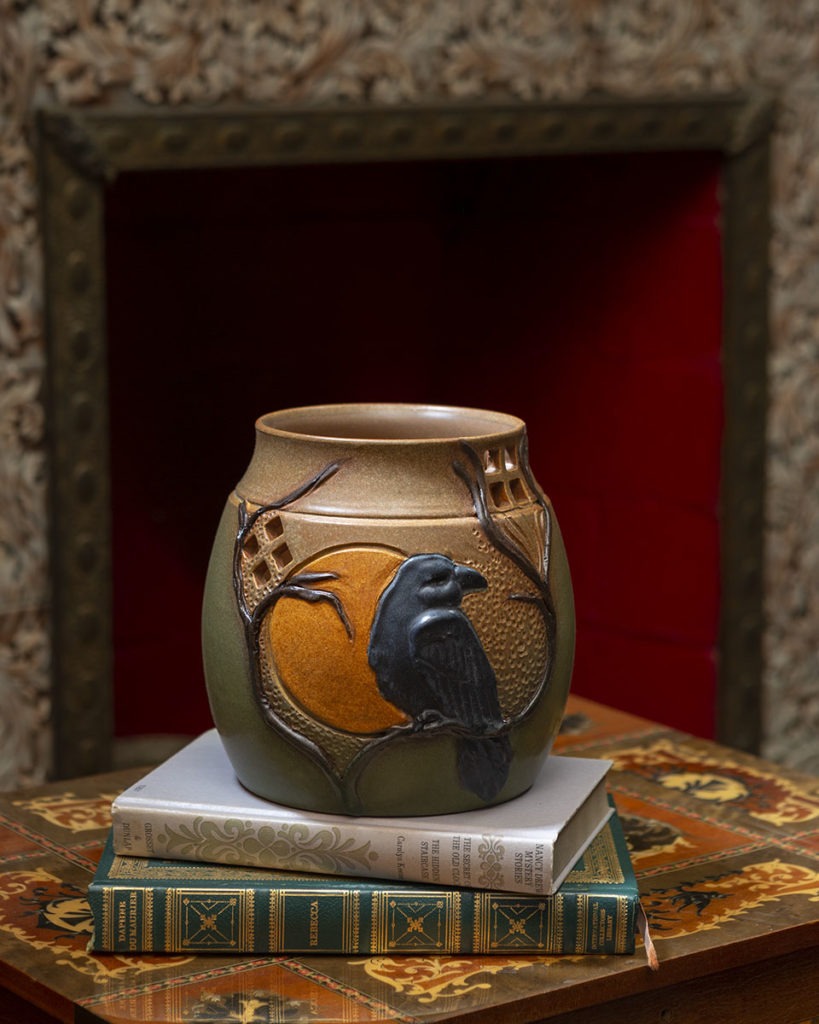 Ravens often symbolize insight and prophecy. An omniscient raven perches on a branch, silhouetted by the full moon. Cutouts on the rim suggest the architecture of the material world, to which the raven foretells a message from the eternal realm.

Laura Klein designed the Foretelling Vase. Her initial concept began as a tile drawing. Laura is often inspired by Art Nouveau imagery and this piece exemplifies her Nouveau sensibilities. 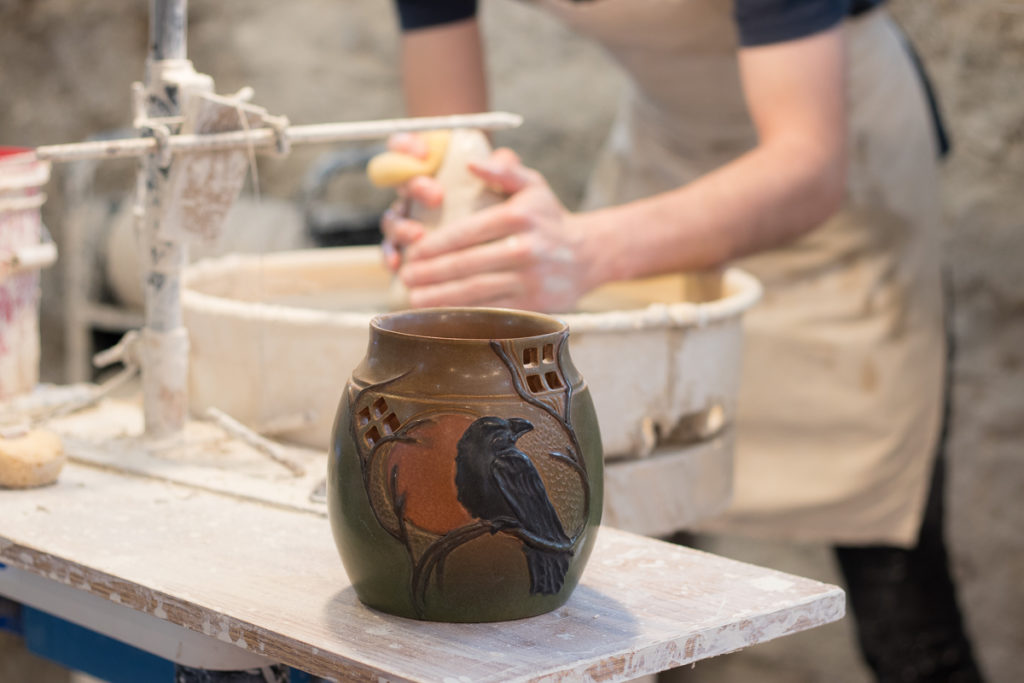 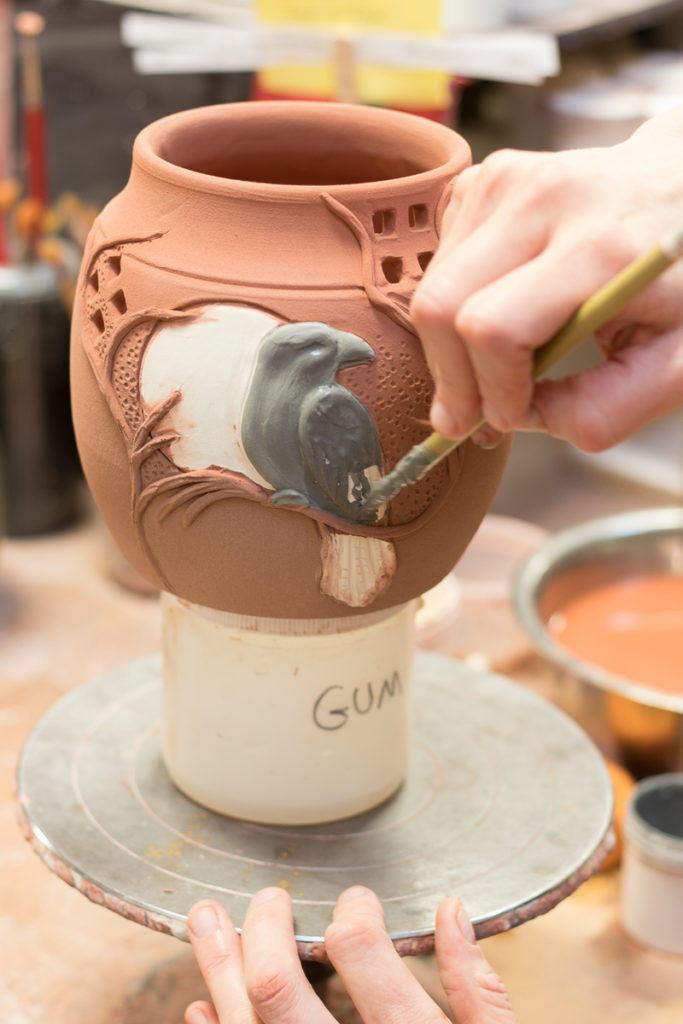 The raven appears as a more recent theme in our studio works. In 2011 it first surfaced as Take Flight, a Kevin Hicks design exploring the mysterious nature of birds through the raven’s intelligence and beauty.  Since then, this motif returned only five times–in low relief sculptural designs,  two-dimensional Craftsman-inspired pieces and as a silhouette against the night sky. Along with Ephraim’s new Foretelling Vase, there are two raven pieces currently in production, the Bungalow Crow and the Rookery.

About the Author: Leah Purisch